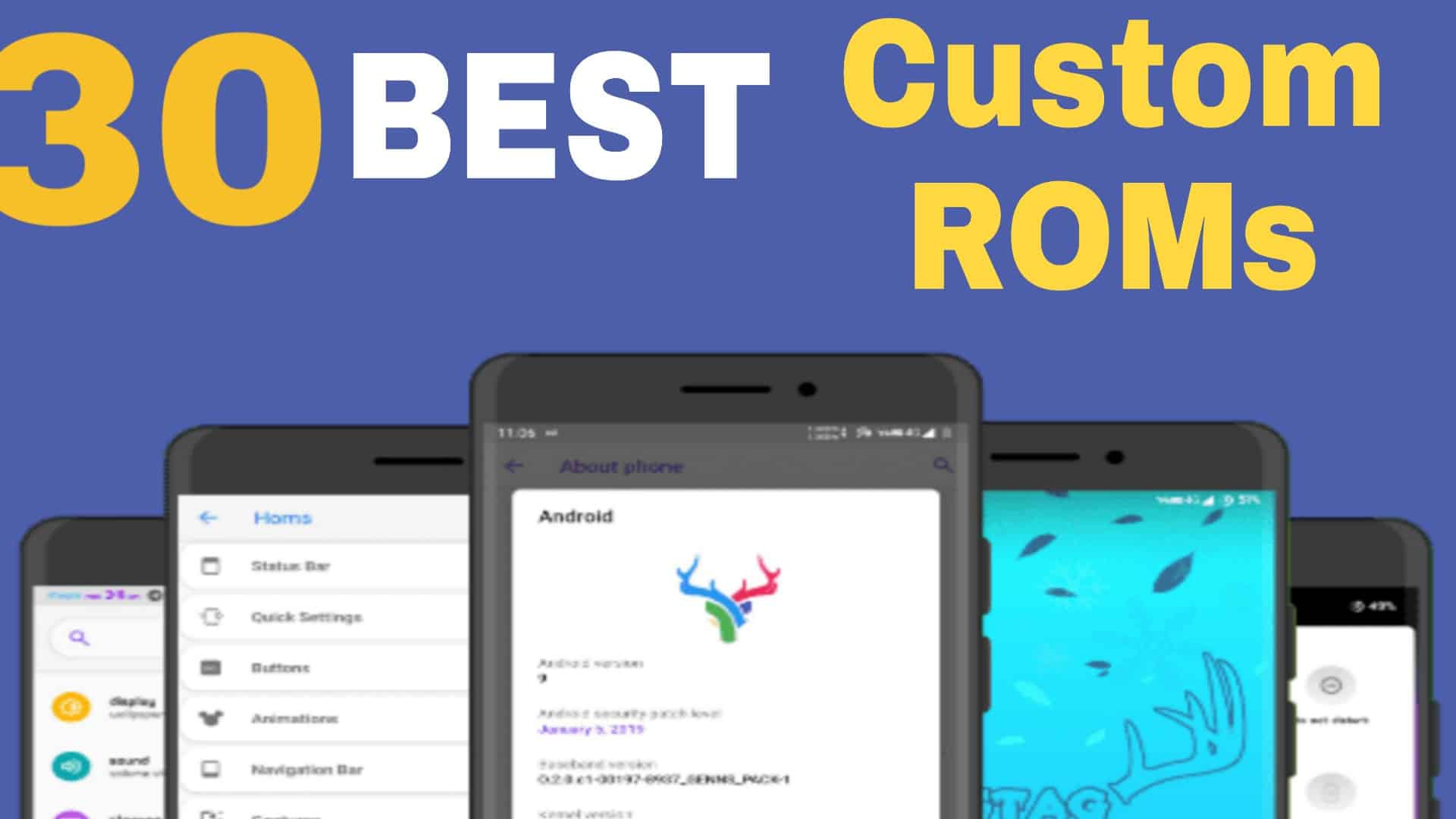 Custom ROM For Android – Hello guys in this tutorial. I am going to show you the 30 best custom ROM for Android.

many people ask me, what are the best custom ROM for Android available on the internet?

I am back with the tutorial. In this article, I am going to explain. 30 best custom ROM for Android in 2020.

before Do anything? First, you need to understand what is custom rom and how it’s working on your device?

first of all, You need to understand. about custom ROMs.

What Is Custom ROMS :

Android ROM is to a phone’s firmware, based on Google’s Android platform.

Android is an open-source and that’s why any developer can edit the source code, recompile it, and re-release for a wide variety of devices.

Users can install ROMs to change a device’s look and behavior. All Custom ROMs are developed by the Android community,

mostly a group of core developers who do this purely out of a passion for modding.

This means that most are absolutely free.

Custom ROMs are available for Android phones, tablets, media players, smartwatches and almost any type of device which is running Android.

When you buy your Android phone, it comes with a “stock ROM” or the “stock firmware”.

This is a preinstalled version of the operating system. This ROM has limited functionality as defined by the phone’s manufacturer.

By flashing a custom ROM, you can unlock extra functionality and sometimes improve the performance.

If you want to install custom ROMs on your Android device, you required some things on your phone.

Let’s check which requirements you need to know. before installing custom ROMs on your Android phone.

(1) Unlock Bootloader Of your device first.

Unlock Bootloader Of Any Xiaomi Phone.

Unlock Bootloader Of Any Oneplus Device.

(5) Download the Magisk zip file to root your phone.

Ok guys so finally, you know which are the requirements. you need to install custom ROM for Android.

Now let’s talk about our main objective. which is the best 30 custom ROM for Android?

after that, we can learn how we can install any custom rom on Any android device with step by step guide.

Ok. So let’s talk about the first 30 best custom ROM for Android.

let’s talk about some features. and where you can download that Custom ROM For Android. 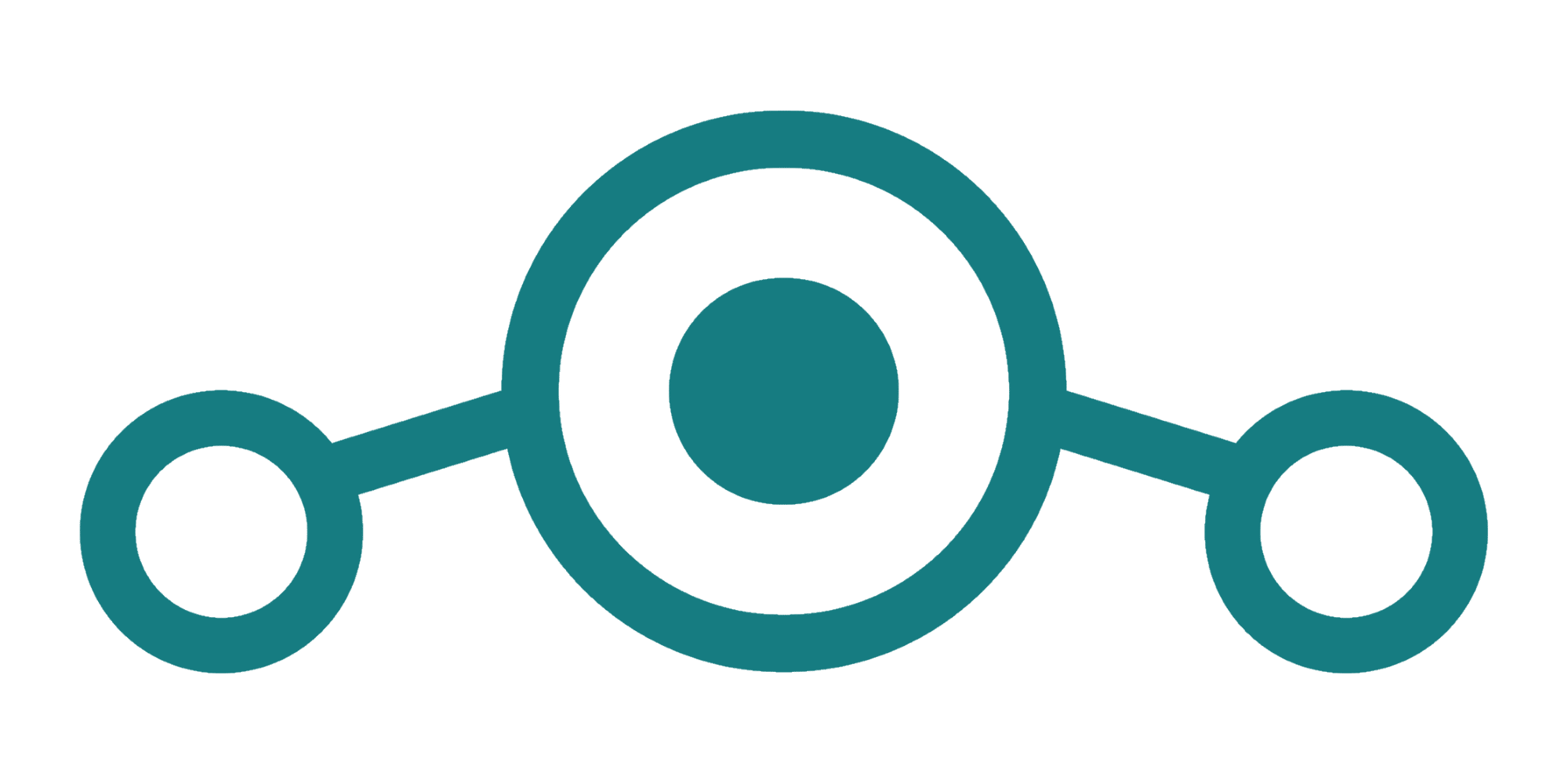 LineageOS is the free and open-source (project) operating system for smartphones, tablet computers, and set-top boxes, tuning on the Android mobile platform.

It supports all versions of Android, operating systems. It has fewer features. but they provide the best battery performance And RAM Management.

with various customizations and features along with the Substratum theme engine Support.

Because of AOSP Based, it provides a smooth and lag-free experience out of the box.

They will constantly try to add some more features and make it even better in future updates.

and with all Pixel goodies (launcher, wallpapers, icons, fonts, bootanimation)

Their mission is to offer the maximum possible stability and security.

along with required and useful features for the proper functioning of the device.

Havoc-OS is based on AOSP (Android Open Source), inspired by Google Pixel phones.

Has a refined Material Design UI by @SKULSHADY.

They provide a lot of features that you probably won’t find in any ROM.

All you can dream of and all you’ll ever need. That all features are available in that ROM.

Bootleggers ROM is an aftermarket firmware software based on AOSP (Android Open Source) with some patches.

and fixes from LineageOS and various other ROM projects.

The idea is to bring custom features and some of the best and useful apps on your device.

With an almost stable source, Bootlegger’s ROM is also packed with some custom and beautiful wallpapers (available on ShishuWalls), ringtones, fonts, and themes.

to bring to your device into a more fresh look and give you always a good and better experience.

ArrowOS it is an AOSP based open source project. Aim of the Arrow OS community is to keep things simple, clean and neat.

They added just the right and most used features. that will be very USEFUL at the end of the day.

crDroid is designed to increase stability, performance, and reliability over stock Android for your Android device.

also, they attempting to bringing a lot of the best features existent today.

They are mainly based on Lineage OS. so you can use custom kernels compatible with them!

It was launched with an aim to provide Unique and new user interface and Optimized performance.

that too keeping in mind the proper balance between performance and battery life.

dotOS is based on Google’s Android Open Source Project (AOSP),

with useful goodies, innovative ideas and creative thoughts which are added in the rom.

Superior OS is an AOSP (Android Open Source) based custom ROM with a lot of minimal features to fulfill the user’s demands.

It is the new and stylish custom ROM With a mixture of new and unique user interfaces.

It supports only Android Pie and Android 10 virgins right now.

Syberia Project (aka Syberia OS) is the best custom ROM for android. they implement various features.

This project was designed by the “Syberia Team” from scratch based on AOSP (Android Open Source) source code.

Evolution X is an AOSP (Android Open Source) based ROM.

along with brilliant and useful customization features.

Liquid Remix is a New mixture of all the best custom ROMs of today. with added essence from the olden days.

Liquid Remix is based on the Android Open Source Project. Android 9.0 project based on the dev of Liquid smooth,

All features are open source. They provide lots of features in their ROM.

MSM Xtended is also a part of the Android Open Source Project (AOSP).

They blend it with all available options, features, performance, and stability of different ROMs into ONE ROM for better user EXPERIENCE.

They provide lots of versions of Android.

It is also based on AOSP ROMS.

They handpicked the best and useful features around and they add their own sauce to it.

Let’s try their builds and the unique features it brings with itself.

Their aim is to deliver a good experience with original ideas and features.

along with customizations and useful things.

With all roms sources, they created an awesome combination of performance, stability, customization, power and the newest features, brought directly to your smart device.

Many things that in previous versions of builds, were tweaked with extra mods.

But now included by default in the RR ROM.

Stag OS based on the Android open source project. as a name suggest. Stag os is totally new. Custom ROM available in the market.

you can install Stag OS on any Android device. It supports many phones. official and many phones in unofficial ways.

Pixys os is a butter-smooth Android aftermarket (software) firmware. They handpicked the best and selective features.

and are adding their own juice into it.

Get ready to experience the unique features. it brings with itself.
Their aim is to deliver an experience with real ideas.

and features along with the new useful things.

with members from all over the world. They follow the latest development source from Google closely.

and improve various sections of Android according to the user needs.

They provide good stability and performance in that ROM. This is also the best Custom ROM For Android.

AICP is also known as the “Android Ice Cold Project”.Until Android Lollipop 5.1, the ROM has always been based on AOKP.

Unfortunately, AOKP stopped the development of sources. They changed their base to CM.

Right now They based on Lineage OS with some tweaks from AOSP.

and they are now based on the (GZOSP) “Ground Zero Open Source Project” for Android 9 OR Pie.

Omni ROM is an Android custom ROM variant, feature-packed but always with good stability as #1 priority in mind.

Based on the AOSP (Android Open Source PROJECT) and enriched by Their developers with lots of custom developments.

They try to give you a good Android experience on your device. This is also a great Custom ROM For Android.

AOSIP is also known as the “Android Open Source illusion Project”. This is also a great option for your device.

AOSIP is the best quality custom ROM based on AOSP. It Twisted with the new features and blended with stability.

They strive for perfection and it shows. They try to provide pure Android experience on your phone.

AOSIP is the best Custom ROM For Android. if you want good battery life.

This is Candy ROM. Built straight from the source with Many commits from a variety of different ROM sources.

They wanted to give the users a fun, highly customizable ROM. They aim to add more unique features as this project progresses.

You can use this rom for daily drivers. It is very stable and gives you great performance.

XenonHD is a customized firmware aka ROM for various Android units.

It is predicated on Lineage OS  Source with extra options, efficiency, and battery life enhancements.

The thought behind XenonHD is to provide customers a ROM that’s “blazing fast, rock stable and buttery smooth”.

CarbonROM is an aftermarket firmware based mostly on the Android Open Source Project.

They are devoted to quick, secure, and feature-filled ROMs, honesty

.and communication with our customers, and openness with our code.

They like frequent builds, with the very newest and best {hardware} help and fixes.

They strive to not solely give you the most effective rom they’ll construct, but additionally to offer again to the Android group.

and their fellow builders. For us, that is about creating one thing they are often pleased with and hope you’ll take pleasure in.

AOSmP goals to carry stability and minimal options to your gadget, whereas holding Google’s imaginative and prescient in line.

and never straying too far-off from that. If you’re on the lookout for a secure ROM with true examined options and minimal bugs,

then that is the place to be. AOSMP is also a great Custom ROM For Android.

Cosmic-OS is a Custom ROM based on (AOSP) Android Open Source Project.

Cosmic OS Is a great option for you if you want good battery life. This is also a better Custom Rom For Android.

ion ROM is an AOSP based ROM with Google Pixel feel and some needed and useful customizations.

They Focused on good Stability along with features. With better quality performance to the users.

ION ROM is totally new in the Android Community. So you can try this Custom ROM For Android.

MIUI ROM is also a great custom rom out there. This is the best battery performance ROM for Android.

MIUI ROM is the xiaomiS official operating system Which is pre-installed in every xiaomi phone.

if you don’t have xiaomi phones, then don’t worry. there are lots of port ROMs available for many devices.

so you can check. eat out on Xda.

Revenge OS is a custom ROM based on AOSP (Android Open Source Project).

which aims to increase your phone smoothness, offer a good user experience

and it makes your battery last longer.

Oxygen OS ROM is also a great custom rom out there. This is the best battery performance ROM for Android.

Oxygen OS ROM is the oneplus official operating system. Which is pre-installed in every Oneplus phone?

if you don’t have Oneplus phones, then don’t worry. there are lots of port ROMs available for many devices.

so you can check. eat out on Xda.

finally, we have our best 30 custom ROM for Android. Now we need to understand how we can install custom ROM on Android.

I already have an article for that. You can click here to check that article.

and Learn how you can install any kind of custom ROMs on any Android phone. 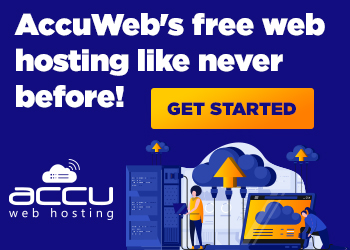