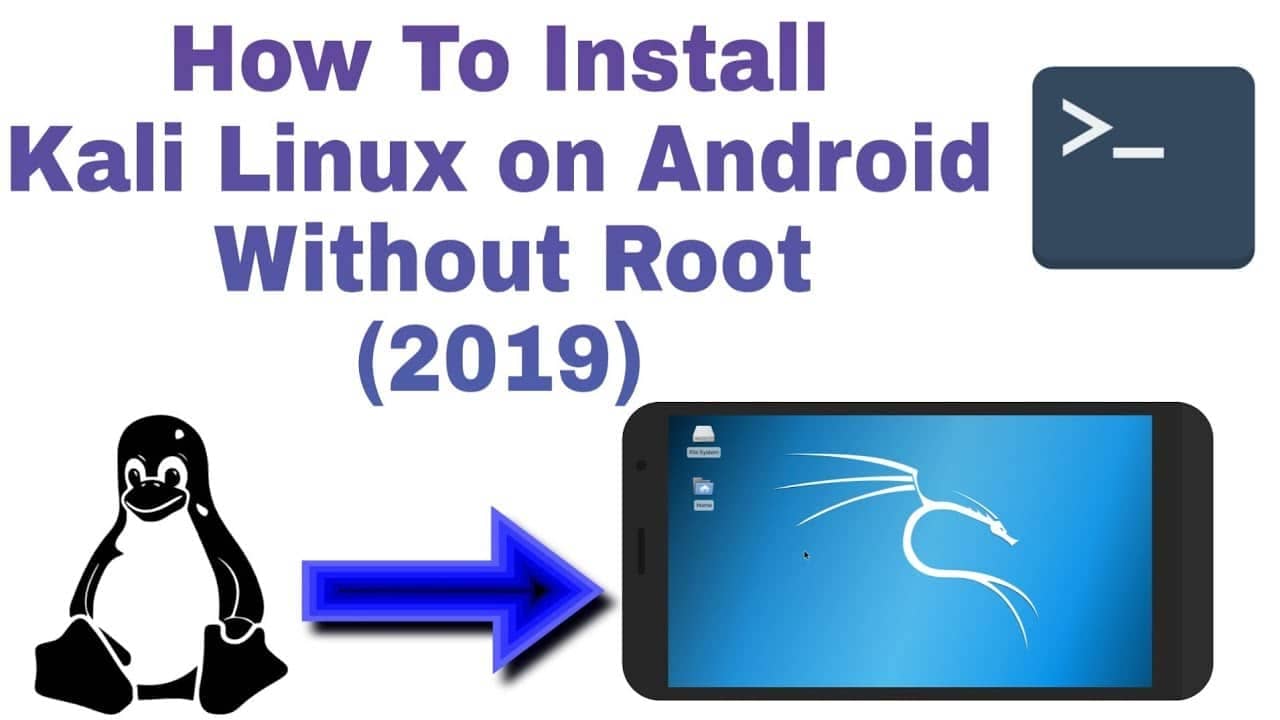 so let’s start. This article is all about how to install kali Linux on android without root. So guys first you need to meet some requirements.

Requirements To Install Kali Linux on Android Without Root:

1. Download and install termux application on your Android phone. Download from the Play Store or from the above link.

2. Download and install a VNC viewer application. Download from Google Play Store or from the above link.

3. Download my kali Linux commands text file from the given link. open it with any text editor application.

1. First of all open termux application. it will load some packages and upgrade your stermux supplication while first time. so please wait for a while.

2. After complete termux processing now we are ready to run some commands. So just copy my first command from Kali Linux commands text file and paste it into termux application. Press enter.

Just wait for 5 to 10 minutes to install Kali Linux packages with the second command.

4. Now your Kali Linux packages are installed properly after 10 minutes. now we need to run ls command to show your packages. Then you will see start-kali.sh.

we need to run this file so go to my commands text file and copy and paste third command and press enter. It will start your kali Linux machine terminal.

5. Guys, now you can run all Kali Linux commands in your terminal. but we want to install Kali Linux desktop, it means GUI interface on our Android Phone. so guys just go to my commands text file and copy the fourth command and paste it in the terminal.

Press enter. It will take 30 to 40 minutes to complete. it will download all GUI environment on your Android phone with VNC support.

7. After all complete. it will ask you for a set password to your VNC Server. Set 6 to 8 characters as a password and press enter.

Now it will ask for a password so put your terminal password into that box and click on continue it will automatically connect your Kali Linux desktop with your VNC viewer software that’s it. now you can run & install any packages with Desktop Environment on your Android Phone.

If you guys want to Uninstall Kali Linux From Android, follow these steps.

(1) Open termux application. Then go to Localhost mode for that enter this command.

Q.1: How we can access Localhost again after exit the termux app?

Q.2: get a port error in VNC viewer what can I do?

It will restart your VNC. After that go to event viewer app delete your old machine. Create a new machine using localhost:1 with the same password. Done.

Answer: Download my kali Linux text file from the above link. Because sometimes when we copy Commands from the website it’s got an error. Copy from a text file. It will work fine.

Q.4: This trick will work on non-rooted device?

Answer: Yes you can.

All cammands taken from AnLinux : Run Linux On Android Without Root Access App.